Growth and Citizenship in Indian Cities 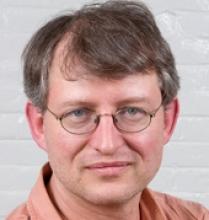 About the Speaker:
Patrick Heller's primary area of research is the comparative study of democratic deepening. He is the author of The Labor of Development: Workers and the Transformation of Capitalism in Kerala, India (Cornell University Press, 1999) and a co-author of Social Democracy in the Periphery (Cambridge, 2007). He has written on a range of topics including democratic consolidation, the politics of decentralization, local democracy, urban transformation and social movements. Dr. Heller is currently finishing a four year research project funded by NSF on the post-apartheid city. The project uses both GIS data and qualitative fieldwork to examine the impact of planned transformation on the racial and economic reconfiguration of South Africa’s three largest cities. He is also finishing a book on democratization and urban governance in Brazil with Gianpaolo Baiocchi and Marcelo Kunrath Silva (Stanford University Press) and working on a book that explores the relationship between development, democracy and civil society through a comparative analysis of India, Brazil and South Africa. Dr. Heller is the Director of the Watson Institute’s Graduate Program in Development (GPD).

About the Lecture:
The challenge of balancing the economic imperatives of global competitiveness and the social imperative of equalizing opportunity in highly unequal and pluralistic societies presents not only a formidable challenge to governance, but also to the very legitimacy of democratic practices. Given the relatively delayed nature of urbanization in India, the “urban question” looms as the critical test of the state’s developmental capacity and the future of democratic development in India. Indian cities have been growing at dramatic rates, but their capacity to sustain growth and promote inclusion is severely limited by a range of political and institutional factors.

Dr. Heller argues that the promise of a growth dividend in Indian cities has been compromised by two distinct failures of governance. The first is a failure to effectively coordinate the growth process. In the absence of effective coordination, growth patterns have resulted in spatial disarticulation and severe infrastructural deficits. Dr. Heller develops this argument through a brief comparison of Delhi, Mumbai and Bangalore.

The second failure is a failure of citizenship. Drawing on fieldwork in a range of  communities in Delhi, Dr. Heller provides an overview of the highly differentiated nature of basic service provisioning across the city. At a broad level, differentiation reflects socio-economic factors of class, caste and migration. But the actual practices through which differentiation is produced reveals the existence of regime of exclusion. This regime has both a formal character built into legal and policy prescriptions and an informal character driven by an array of negotiated political arrangements.