Are Informal Workers Benefiting from Globalization? Evidence from a Survey Experiment in India 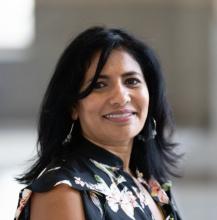 About the Lecture:
Are citizens in the developing world convinced about the benefits of globalization? By leveraging their comparative advantage in low labor costs, economists predict once-poor citizens should be better off with open markets. Yet, surprisingly little rigorous research exists on the how workers in developing countries actually experience the benefits of increasing trade and foreign direct investment (FDI), particularly in an era of rapidly expanding global supply chains. To answer this question, Prof. Rudra focuses on the largest cluster of low-wage laborers in developing countries—informal workers—and their experience with FDI. Her survey experiment on formal and informal workers in India reveals that both groups strongly approve of foreign and domestic investment. However, the former are deeply skeptical that the benefits of FDI will ever trickle down to themselves or their future generations. India’s much smaller population of formal workers, by contrast, are confident that foreign economic ties will increase the emphasis on meritocracy in India and improve inter-generational mobility prospects, independent of skill levels. These findings are bad news for scholars, policymakers, the international business community, and all those who anticipate that globalization is lifting all boats.