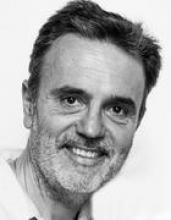 About the Speaker:
Nicholas Sambanis is the Presidential Distinguished Professor of Political Science at the University of Pennsylvania. His research is focused on civil wars and ethnic conflict. His articles have been published in the American Political Science Review, World Politics, The Journal of Conflict Resolution, and other journals. With Paul Collier, he conducted the first large nested research project in the civil war literature, combining quantitative and qualitative research in Understanding Civil War: Evidence and Analysis, two volumes published by the World Bank in 2005. Sambanis has been working on questions of intervention with a focus on peacekeeping and peacebuilding. Together with Michael Doyle, he published the first analysis of the effectiveness of United Nations peacekeeping operations in an article published in the American Political Science Review in 2000. Their analysis was expanded in Making War and Building Peace, a book about United Nations peacebuilding, published by Princeton University Press in 2006. Currently, Sambanis is working on projects related to the causes and management of conflicts over self-determination, as well as on a set of experiments on the determinants of ethnic and national identification, and a book on international relations theory, where he and co-authors are applying insights from social psychological theories of identity formation to explain nation-building and war.

About the Lecture:
Nicholas Sambanis and his colleague, Gautam Nair, study the conditions that lead peripheral minorities to identify with the state, their ethnic group, or neighboring countries. They contribute to research on separatism and irredentism by examining how violence, psychological distance, and national status determine identification. The analysis uses novel data from an experiment that randomized videos of actual violence in a large, representative survey of the Kashmir Valley in the Indian state of Jammu and Kashmir, an enduring site of separatist and irredentist conflict. They find that a strong regional identity is a counter-weight to irredentism, but violent repression by the state can push members of the minority to identify with an irredentist neighbor. Violence increases perceived distance from the nation and reduces national identification, particularly among individuals with attributes that otherwise predict higher levels of identification with the state. An increase in national status brought about by economic growth is insufficient to induce national identification when psychological distance from the nation is large.