Why Nations Rise: Narratives and the Path to Great Power 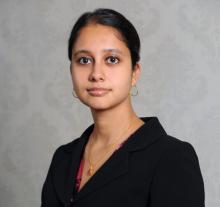 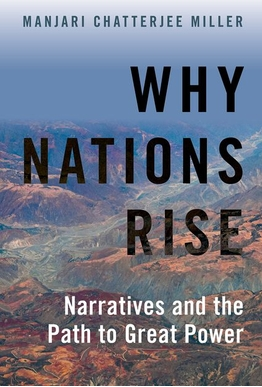 About the Book:
Why Nations Rise: Narratives and the Path to Great Power (Oxford University Press, 2021) argues that elites in some states actively reframe their image when their economic and military power increases. The book draws from four historical cases (the United States, Meiji Japan, the Netherlands, and Cold War Japan) and applies the lessons from them to two major contemporary cases (China and India). It reshapes our understanding of what a rising power is, and why the ideational sources of their motivation—and not just material sources—are so important.

About the Speaker:
Manjari Chatterjee Miller is Associate Professor of International Relations at the Frederick S. Pardee School of Global Studies at Boston University, and a Research Associate at the Oxford School of Global and Area Studies, Oxford University. She works on foreign policy and security issues with a focus on South and East Asia. She specializes in the foreign policies of rising powers, India and China. Her book, Wronged by Empire: Post-Imperial Ideology and Foreign Policy in India and China (Stanford University Press, 2013) argues that the bitter history of colonialism affects the foreign policy behavior of India and China, even today. She is currently working on rising powers and the domestic ideational frameworks that explain their changing status.

Professor Miller’s research has appeared in academic journals as well as non-academic outlets such as Foreign Affairs, The New York Times, The Diplomat, the Asia Society Policy Institute, The Hindu and the Christian Science Monitor. She has been a non-resident fellow at the Atlantic Council, a fellow at the Belfer Center of Science and International Affairs, Harvard University, visiting associate professor at the Lee Kuan Yew School of Public Policy (National University of Singapore), and a visiting scholar at the Chinese Academy of Social Sciences, Beijing, and the Crawford School of Public Policy, Australian National University, Canberra. Her work has been supported by grants from the Smith Richardson Foundation, the East-West Center, the Weatherhead Center for International Affairs, the South Asia Initiative, the Fairbank Center, and the US Department of Education. Before joining Boston University, Professor Miller completed her Ph.D. at Harvard University, and a post-doctoral fellowship at Princeton University.