Between Pipes and Politics: Engineering, Hydraulic Fixes, and the Contradictions of Rights Regimes in Mumbai 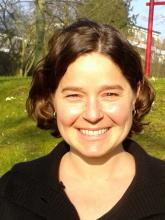 About the Speaker:
Lisa Björkman is a research scholar at the University of Göttingen’s Transregional Research Network (CETREN) in Göttingen, Germany. Her work studies how global processes of urbanism and urban transformation are redrawing lines of socio-spatial exclusions and inclusions in Mumbai, animating new arenas of political mobilization, contestation and representation. Lisa’s forthcoming book, Pipe Politics, Contested Waters: Embedded Infrastructures of Millennial Mumbai (Duke University Press, October 2015), is a political ethnography about the encounter in Mumbai between market-oriented urban development reforms and the material politics of the city’s water infrastructures. Pipe Politics was awarded the American Institute of Indian Studies’ 2014 Book Prize in the Indian Social Sciences. Her current research in Mumbai is a multi-sited ethnography of the making and remaking of the city’s affordable housing stock, exploring the multiple and divergent developmental imaginaries articulated through actual material reconfigurations of urban spaces, neighborhoods, and infrastructures. Lisa received a Ph.D. in Politics from the New School for Social Research in New York in 2012.

About the Lecture:
Two decades ago, the rules governing the provision of piped municipal water supply in the Indian city of Mumbai underwent a dramatic shift, whereby access to water became linked to ideologically-minded policy frameworks governing individual rights to property and housing. The policy framework linking water access to the property right was fraught with contradictions, drawing municipal water engineers and city residents into a strangulating embrace of a legally-wooly and hydraulically-dystopic terrain of infrastructural practice: of duplicate documents, unauthorized suction pumps, and clandestine hydraulic interventions. These infrastructural arrangements have been brokered by a legion of intermediaries – a cast of characters euphemistically referred to as “plumbers.” They not only wield invaluable information about local hydraulic configurations (knowledge that is often deeper and more reliable that of municipal water engineers themselves), but have reputations as reliable service providers rendering them invaluable campaign workers at election times and they have become increasingly politically connected. These relations with high-level elected officials (at the city, state, and even central levels of government) have acted to insulate the plumbers’ work from the risk of sanction (for, say, systematically violating the official water rules), thereby rendering their services necessary not only to many local residents (who are now ineligible for metered water connections) but to water department engineers as well, for whom the fuzzy terrain of infrastructural practice has meant ever-increasing vulnerability to complaints of impropriety (or “corruption”). This talk will outline how, in the summer of 2014, the highly-unstable subterranean contradictions – between the regulatory framework and engineering practices – finally erupted, unraveling the property-rights-based water rule regime and inspiring the re-envisioning of water not as an individual right shored up by property law, but as a spatially-inscribed urban infrastructure.