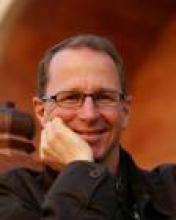 About the Speaker:
Peter Lanjouw, a Dutch national, is the Research Manager of the Poverty and Inequality Group in the Development Economics Research Group of The World Bank. He first joined the Bank in 1992 after completing his Ph.D. in economics from the London School of Economics. During his twenty-plus years at the Bank, Dr. Lanjouw has pursued research in several geographic regions of the world, including Africa, South Asia, Latin America, East Asia, Europe and Central Asia, and the Middle East. He has also been closely involved with three World Development Reports. Dr. Lanjouw’s research focuses on poverty measurement methods and rural-urban economic transformation. A longstanding area of his work has explored so-called small-area estimation methodologies, which allow economists to develop poverty maps in developing countries by combining household survey data with population census data. Another of Dr. Lanjouw’s research interests has been understanding what role the rural non-farm sector plays in a developing country as it transforms from a primarily agricultural economy to a diversified and urbanized economy, and how this shapes poverty and inequality. During his tenure at the Bank, Dr. Lanjouw has pursued several professional development opportunities outside his organization, including a year of absence to conduct research in India and Nepal, a two-year absence to teach at the Vrije University of Amsterdam, and another two-year break visiting at the University of California-Berkeley. He has also taught at the University of Namur, Belgium; and at the Foundation for the Advanced Study of International Development in Tokyo, Japan. Dr. Lanjouw is a co-editor of The World Bank Economic Review and a past editorial board member of The World Bank Economic Review, and the Journal of African Economies. He is also an Honorary Fellow of the Amsterdam Institute of International Development.

About the Lecture:
This lecture assembles data at the all-India level and for the village of Palanpur, Uttar Pradesh, to document the growing importance, and influence of the non-farm sector in the rural economy between the early 1980s and late 2000s. The suggestion from the combined National Sample Survey and Palanpur data is of a slow process of non-farm diversification, whose distributional incidence, on the margin, is increasingly pro-poor. The village-level analysis documents that the non-farm sector is not only increasing incomes and reducing poverty, but appears as well to be breaking down long-standing barriers to mobility among the poorest segments of rural society. Efforts by the government of India to accelerate the process of diversification could thus yield significant returns in terms of declining poverty and increased income mobility. The evidence from Palanpur also shows, however, that at the village-level, a significant increase in income inequality has accompanied diversification away from the farm. Growing literature argues that such a rise in inequality could affect the fabric of village society, the way in which village institutions function and evolve, and the scope for collective action at the village level. Failure to keep such inequalities in check could thus undermine the pro-poor impacts from the process of structural transformation currently underway in rural India.