in partnership with the South Asia Center 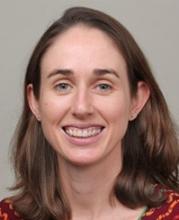 About the Seminar:
Almost one-fourth of neonatal deaths occur in India. Two-thirds of India’s neonatal deaths occur in Empowered Action Group (EAG) states. Research and policy efforts have focused on promoting institutional rather than at-home deliveries, with limited investigation of differences between public and private facilities. Prof. Coffey conducts a demographic analysis of NMR among rural births reported in the NFHS-2015, standardizing demographic rates by socioeconomic status. In the rural population of EAG states, NMR among private facility births is 52 per 1,000 (95 percent CI: 48-56), compared with 34 per 1,000 in public facilities (95 percent CI: 32-36) and 43 for home births (95 percent CI: 40-46). After standardizing by socioeconomic status, the NMR gap between private and public facility births increases from 18 to 29. Births in private facilities have higher NMR even stratifying on key predictors of neonatal mortality. She considers whether quality of care can help explain the differences she observes.

About the Speaker:
Diane Coffey is an Assistant Professor in the Department of Sociology & Population Research Center at the University of Texas, Austin. She is a social demographer who studies health in India. One area of her research focuses on the intergenerational transmission of poor population health resulting from India's exceptionally poor maternal nutrition. It traces links among gender, stratification, and poor birth, childhood, and adult health outcomes. Her work on maternal health in India has been published in the Proceedings of the National Academy of Sciences, Social Science and Medicine, and the Indian Journal of Human Development.

Another area of Prof. Coffey's research finds consequences of poor sanitation in developing countries for early life health, including for mortality, height, and anemia. She has also studied the causes of open defecation in rural India. Rural India's exceptionally high rate of open defecation has much less to do with poverty than with social forces: the renegotiation of caste and untouchability leads people to reject the inexpensive latrines that prevent disease in other developing countries. Her book on open defecation in India, with Dean Spears, is titled Where India Goes: Abandoned Toilets, Stunted Development, and the Costs of Caste, and won the Joseph W. Elder Prize in the Indian Social Sciences in 2017.

Prof. Coffey is also a visiting researcher at the Indian Statistical Institute in New Delhi, India, and prior to joining UT, she co-founded a research non-profit called r.i.c.e. which aims to inform policies about child health in India. She received a B.A. in Sociology and Letters from Villanova University and an MPA in Development Studies and a Ph.D. in Public Affairs and Demography from Princeton University.