Manipur in the Heart of Darkness: Unlayering Decades of Insurgency & Counterinsurgency 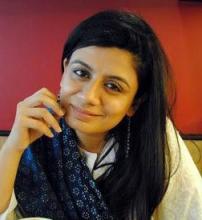 About the Speaker:
Anubha Bhonsle is a journalist and author of Mother, Where’s My Country?. She is a founding member of CNN-IBN. In her role as Executive Editor, Anubha has led the channels’ coverage of major news events reporting from the ground. She also leads a team that produces the much-acclaimed Citizen Journalist Show. She has a body of work reporting on issues of politics, gender, conflict and development. In recent years, she has worked extensively from areas of strife focusing on the intersection of civil society movements, gender, human rights, and political protests. Anubha is an award-winning journalist; her reporting and documentaries have been recognized nationally and internationally.

About the Lecture:
Manipur, located in India's north east, is a diverse, picturesque, and strategically-vital state. It is also the home to multiple insurgencies, a contested political identity, and a law called the Armed Forces Special Powers Act (AFSPA). This seminar will examine how the latter has perpetuated a cycle of impunity, fake encounters, and iconic protests. There is neither war nor peace in Manipur. There are everyday signs of the absence of normalcy in this gritty landscape: month long blockades, a woman on a fast, force-fed through a nasal tube for nearly 16 years, and a thick shade of political apathy. New Delhi has turned a blind eye to much of this. Based on nine years of reporting from Manipur, including more than 200 interviews, scrutinizing dozens of court documents and testimonials, and revisiting places and conversations, Anubha Bhonsle has unlayered a state that is, ironically, both absent and oppressive.