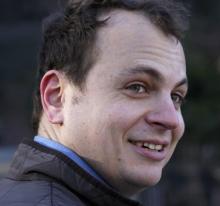 About the Speaker:
Alexander Lee's research focuses on the factors governing the success or failure of political institutions in South Asia and other areas of the developing world, especially on the historical evolution of state capacity, the causes and consequences of identity politics, and bureaucratic politics. His work uses quantitative methods, historical sources, and fieldwork in rural India and he has been published in the American Journal of Political Science, World Politics, the Journal of Politics, Comparative Political Studies, Comparative Politics, International Studies Quarterly, Politics & Society, and the Quarterly Journal of Political Science. His book, Development in Multiple Dimensions: Social Power and Regional Policy in India is available from University of Michigan Press, and From Hierarchy to Ethnicity: The Politics of Caste in Twentieth-Century India is forthcoming from Cambridge University Press (December 2019). He earned his Ph.D. from Stanford University and his BA from Yale University.

About the Lecture:
What effect do gender quotas have on the quality of representation? Dr. Lee examines the effect of randomly imposed electoral quotas for women on representation in the local governments of Mumbai and Delhi, using both objective and subjective measures of the quality of constituency service. He finds no overall effect of quotas on performance, but this pattern conceals temporal heterogeneity: men perform better in years when state and national legislative elections are held, while women perform better at other times. Quota members focus on public goods distribution, while non-quota members focus on individual goods, rentseeking, and rhetorical performance in the chamber. The results suggest that the superior ability of men to seek higher office has led to men and women cultivating different styles of representation.