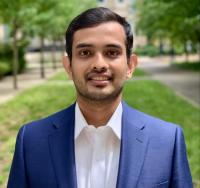 Shikhar Singh is a CASI Postdoctoral Research Fellow, working with Tariq Thachil and Adam Auerbach. He completed a Ph.D. in political science at Yale University and studies democratic accountability and the political economy of development, with a regional focus on South Asia. One line of his research looks at variation in how developing democracies deliver welfare to their citizens, and why governments do not entirely shift to more efficient delivery strategies. A second strand seeks to explain why decentralization often fails to deliver expected improvements in public goods provisioning, local state capacity, and political responsiveness. He employs a mixed-methods approach to study these questions, using experiments, observational analyses, and extensive fieldwork. He has work forthcoming in the American Political Science Review. His research has been supported by the MacMillan Center’s South Asian Studies Council, the Leitner Program in International and Comparative Political Economy, and the Institution for Social and Policy Studies. He has taught a wide range of quantitative methods and comparative politics courses. In 2020, he received a university-wide award, the Prize Teaching Fellowship, for excellence in teaching. He has been closely involved with the Metaketa II project as a research assistant to the steering committee. Prior to his Ph.D., he fielded and analyzed surveys for an Indian political party in its election war-room.