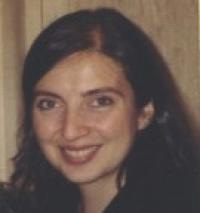 Juliana Di Giustini is the Deputy Director of the Center for the Advanced Study of India. She has a unique background in entrepreneurial management and fundraising. For over sixteen years, she has been involved with the formation and management of for-profit startup companies and nonprofit organizations. Her professional engagements with India began in 1997 with Redwood Investment Systems, Inc. (later sold to iBelong Networks, Inc. and subsequently called Verilytics, Inc.), an analytical software company focused on the asset management industry, where Juliana directed operations at its U.S. headquarters. Later she joined TotalClarity, LLC, along with Redwood's founder and several Redwood colleagues, leading most aspects of operations and marketing. Since 1997, she has also participated in a number of TiE-Boston activities. In 2002, Juliana worked with the founders of Meru Education Foundation, a U.S. nonprofit that produces educational programs on the arts and culture of India. She serves as a director on the Meru board.

Juliana began her career at PageWorks, Inc., a desktop publishing service bureau startup, during the nascent years of this industry. She then applied her knowledge of innovative design technologies at Sotheby's London by launching a pilot project to convert catalogue production east of the Atlantic to electronic methods. Juliana's primary role at Sotheby's London was international business development research for Rare Books and Manuscripts. Throughout her professional life she has been committed to community service. In her native Boston, she has served on the boards of several nonprofits. Most recently, Juliana was a development officer in corporate and foundation relations for the humanities, arts, and international programs at Yale University. Juliana is a cum laude graduate of Boston College with a B.A. in Modern European History and wrote a senior honors thesis on India Home Rule. She also studied British History and Politics at Harris Manchester College, Oxford University, and earned a certificate in British and European Fine and Decorative Arts from the Sotheby's Institute of Art London.