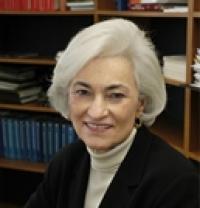 Francine R. Frankel is the Founding Director of the Center for the Advanced Study of India. She is Professor Emerita of Political Science and South Asian Regional Studies at the University of Pennsylvania.

Professor Frankel has received numerous grants and fellowships. During 2006-2007 she was a resident fellow at the Woodrow Wilson International Center for Scholars in Washington, DC. She has also received fellowships from the American Philosophical Society, The Smithsonian Institution, and the American Institute of Indian Studies. Prof. Frankel was a founding member (1995-2006) of the Governing Council of the University of Pennsylvania Institute for the Advanced Study of India, New Delhi.

Prof. Frankel holds a BA (History) from the City College of New York; an MA (International Relations) from John Hopkins School of Advanced International Studies; and a PhD (Political Science) from the University of Chicago.