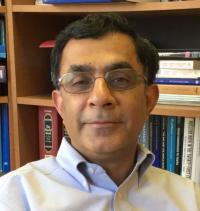 From 2006-18, he was the Director of CASI, Professor of Political Science at Penn, and held the Madan Lal Sobti Chair for the Study of Contemporary India. Prior to arriving at Penn, Professor Kapur was Associate Professor of Government at the University of Texas at Austin, and before that the Frederick Danziger Associate Professor of Government at Harvard. His research focuses on human capital, national and international public institutions, and the ways in which local-global linkages, especially international migration and international institutions, affect political and economic change in developing countries, especially India.

His book, Diaspora, Democracy and Development: The Impact of International Migration from India on India, published by Princeton University Press in August 2010, earned him the 2012 ENMISA (Ethnicity, Nationalism, and Migration Section of International Studies Association) Distinguished Book Award. Defying the Odds: The Rise of Dalit Entrepreneurs (co-authored with D. Shyam Babu and Chandra Bhan Prasad), was published in July 2014 by Random House India. The Other One Percent: Indians in America (co-authored with Sanjoy Chakravorty and Nirvikar Singh), published in October 2016 by Oxford University Press, received widespread acclaim. His latest edited works are Navigating the Labyrinth: Perspectives on India’s Higher Education (with Pratap Bhanu Mehta), published in January 2017 by Orient BlackSwan, and Rethinking Public Institutions in India (with Pratap Bhanu Mehta and Milan Vaishnav), forthcoming in May 2017 by Oxford University Press.

Professor Kapur is the recipient of the Joseph R. Levenson Teaching Prize awarded to the best junior faculty, Harvard College, in 2005. He is a monthly contributor to the Business Standard. Professor Kapur holds a B. Tech in Chemical Engineering from the Institute of Technology, Banaras Hindu University; an M.S. in Chemical Engineering from the University of Minnesota; and a Ph.D. from the Woodrow Wilson School at Princeton.

Give Us Your Best and Brightest: The Global Hunt for Talent and Its Impact on the Developing World (with John McHale). Center for Global Development, 2006. [Read More]

"The Indian Prime Minister and Trump Addressed a Houston Rally. Who Was Signaling What?" The Washington Post, September 29, 2019 [Full Article]

The IMF and Democratic Governance (with Moises Naim), Journal of Democracy (January 2005). [PDF]

"Between a Love Fest and a Bureaucratic Wall," Devesh Kapur, January 11, 2008, India in Transition. [Full Article]

"The Indian Diaspora as a Strategic Asset," Economic and Political Weekly (February 1-7, 2003). [PDF]

"Privatization in India: The Imperatives and Consequences of Gradualism" (with Ravi Ramamurti), in Srinivasan (ed.), India After a Decade of Economic Reforms: Retrospect and Prospects. Stanford Univeristy Press, forthcoming. [PDF]

The Knowledge Bank in Birdsall (ed.), The Future of the World Bank. Center for Global Development, forthcoming. [PDF]

Sojourns and Software: Internationally Mobile Human Capital and High-Tech Industry Development in India, Ireland and Israel” (with John McHale), in Arora and Gambardella (eds.), From Underdogs to Tigers: The Rise and Growth of the Software Industry in Some Emerging Economies. Oxford University Press, 2005. [PDF]