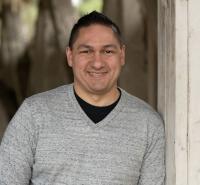 Prior to CASI, Alan served as Prospect Manager at Penn Medicine's Office of Development & Alumni Relations. Hired shortly after the University overhauled its prospect management policies and procedures, he made various contributions to Penn Medicine’s prospect management and pipeline reporting, while also training gift officers in various methods, strategies, and protocols. He also worked at Penn’s School of Veterinary Medicine as a writer for the School’s magazine, Bellwether, and assisted in the successful completion of a major fundraising project toward a $1.5 million challenge grant from the Kresge Foundation.

Alan earned a Masters of Liberal Arts from Penn in 2015 and a B.A. in Communications from Arcadia University in 2003.